Many of us have caught a glimpse of the supposedly new Newcastle kit that has been 'leaked' on social media, which shows Dwight Gayle giving it the big one as he rocks the 'classic' black and white design we were all expecting, complete with a brand new sponsor. 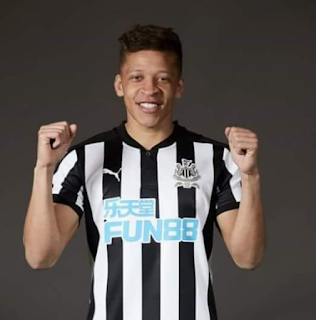 This new sponsor seems to be Chinese betting firm Fun88, which would also confirm the rumours of such an establishment being the next business to flaunt itself on the black and white stripe, which is replacing the awful Wonga once and for all. Thank the Lord.

No details have been released yet on whether this is, in fact, our next sponsor or how much they are spending to promote themselves via ourselves but let's hope it's in the levels you would expect a top Premier League club to receive, and not some cheap job concluded by tax-avoider Lee Charnley.