Newcastle fans have finally LOST THEIR MINDS with this latest stunt!

So, the Saudis have pulled out of the takeover deal. Some say it's a stunt or a tactic, if so, they didn't tell Amanda Staveley who was in tears on the phone to one of our top NUFC dedicated journalists. 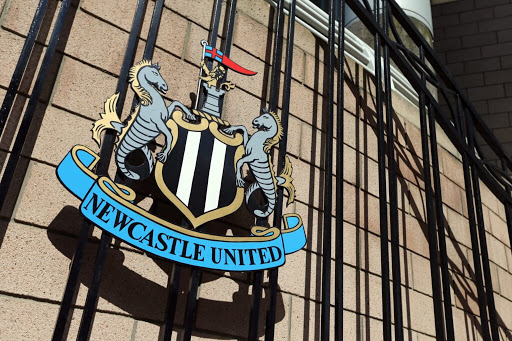 Chances are any talk of it being a stunt is misguided, as the fact is they weren't getting anywhere with the Premier League, they never felt wanted, so they pulled out. Lots of fans have reacted with outrage and shock and have attacked the Premier League verbally over this takeover failure but have they actually asked properly why it failed?
"The Premier are corrupt!" some scream. They got the hashtag #PremierLeagueIsCorrupt trending on Twitter and many were lapping it up. Someone showed a picture of that hashtag tattoed on themselves. If true, they are a mental case.

I agree with Newcastle fans #PremierLeagueIsCorrupt

But they don't quite go as far as that fruitcake who was filming himself down at the PL HQ offices badgering PL receptionists and staff, asking if Richard Masters was at home. Embarrassing. The look on the receptionists face who was polite enough to give him the light of day said it all, cringeworthy.
He promised to keep going back with updates but as I write this, he has already given up. So 24 hours that campaign lasted for and comments of support he was getting on Twitter was skin crawling. "You are doing a great job" some would say. Doing what? Making up stories?
According to this clown, Richard Masters sneaked away from the building under heavy guard using a back entrance so he didn't have to face him. None of this on camera of course, just in his mind. Who is he stalking? The President of the United States.
I would say give it a rest pal but it seems he already has. His latest post said he isn't going to PL today (he has only been once!) and instead he is going around London trying to find "famous people" he can film and I assume ask awkward questions to? Who the hell knows. Crack pot.

Going back to the question of have the fans actually asked why the Saudis have got nowhere with the PL and why are they pulling out? Are they actually interested in the reality of the situation or are they more interested in petitions and hashtags?
Oh, very quickly, that petition has managed to gain almost 100k signatures which is some going but has anyone actually read it? I laughed out loud when in the opening paragraph states the petition is 'requesting a government investigation into why the takeover failed.'
A government investigation? Are you being serious? By whom? Boris himself? Jacob Rees-Mogg? Theresa May isn't as busy these days. You've lost your minds. Tyneside has finally snapped. Or was it always off it's head and this is just exposing it?
If you wanna know why the Saudis haven't got anywhere with the PL and have pulled out, then I will tell you. It's pretty straight forward to be honest. You see, the Saudi state have been stealing the PL product for years and the PL know it. The WTO confirmed it to the world with their report.

...& this is PL boss Richard Masters to MPs last month: “What the PL wants to do off the back of the WTO report & our own efforts & the efforts of other sports is for Saudi Arabia to respond positively to the situation & to allow sports rights holders to protect their rights.”

So, the PL don't like that. In fact, they hate it. They hate it beyond anything else. You may be able to get away with murdering a reporter in your own Embassy but steal PL rights and give them away for free? No, no. The PL won't stand for that carry on, at all.
With this the PL played a blinder. You see what they will do is use their own owners and directors test how they see fit. So what they did is they asked PIF to provide a member of the Saudi state to sit on the board of directors at NUFC so they would be O&D tested.
Once tested they would fail on two counts. 1) they have been shown to be stealing PL rights based on the respectable WTO report. Fail. 2) they have been strongly accused of murder by Amnesty International and many others. Fail.
Part two of the plan is to put the issue back into PIF hands. They either comply and fail the test or refuse and eventually walk away. Part two has happened and PL are well happy as they haven't needed to make a decision. Jobs and good un.

BREAKING: The Saudi-backed consortium led by Amanda Staveley has formally withdrawn it’s bid to buy Newcastle United. They say the amount of time the takeover has taken, coupled by global uncertainty, has forced them to pull out of the deal #NUFCTakeover

Now, you may not like that as a NUFC fan but put yourselves, if you can, in the PL point of view. A country has been stealing your product from one of your major partners and giving it away for free. How would you feel about this country or more specifically, this state, this Kingdom? Would you like them?
Would you welcome them with open arms if they wanted to buy into one of your members and join the exclusive 20 party membership that is the Premier League? The answer is no, you wouldn't. To pretend otherwise is disingenuous.
Have the Premier League made it very difficult for the Saudis to buy in? Yes. Impossible? No, I wouldn't say so. Money can still talk and if PIF wanted in, then they would have to make the PL an offer they simply couldn't refuse. What that is I couldn't say but they haven't made such offer and the deal is off.
As for us fans, we need to move on. Signing petitions and creating hashtags may feel like it's constructive but it isn't. You may feel like going down to PL HQ and annoying receptionists is fun but it won't help our cause. In fact, I would say it will harm it.
If PCP and Amanda Staveley believe in their project and the club then they need to come up with a new plan. A new major backer. My initial thoughts are can PCP convince the Reuben Bros to go all in and own the club themselves, well 90%, and take it from there?

It will be a slower build but these lads are the second wealthiest family in the country. They are richer than Roman Abramovich, so they aren't short of a few bob. They already own property in the North East, as we know, as well things like the Racecourse.
I can't see why they are so against ownership but who knows, maybe they aren't. Maybe they were happy for the Saudis to be the big cheese, seeing as they dwarfed every other football club owner by a long way and would take their 10% returns.
Now PIF is out, 90% return sounds a lot better if this club reaches its potential. Make no mistake about that. This club can be worth a billion if you get it right and it won't need an entire Kingdoms money to do it. If Spurs can do it, so can NUFC.
So first step, try and get Reuben Bros to go for it. If not, find a new major backer to get this club out of the hands of Mike Ashley once and for all.
Find me on Twitter @TheGingerPirlo_
by ToonBano -   August 04, 2020