Michael Laudrup has just been sacked as Swansea manager. Shocker I know. From winning a major trophy for the Welsh team, from Swansea having fears he would leave them in the summer for a bigger club, to now actually sacking him. They have been on a shocking run since the League Cup win but a club like Swansea don't sack a manager like Laudrup. They're mad. They were lucky to have him. 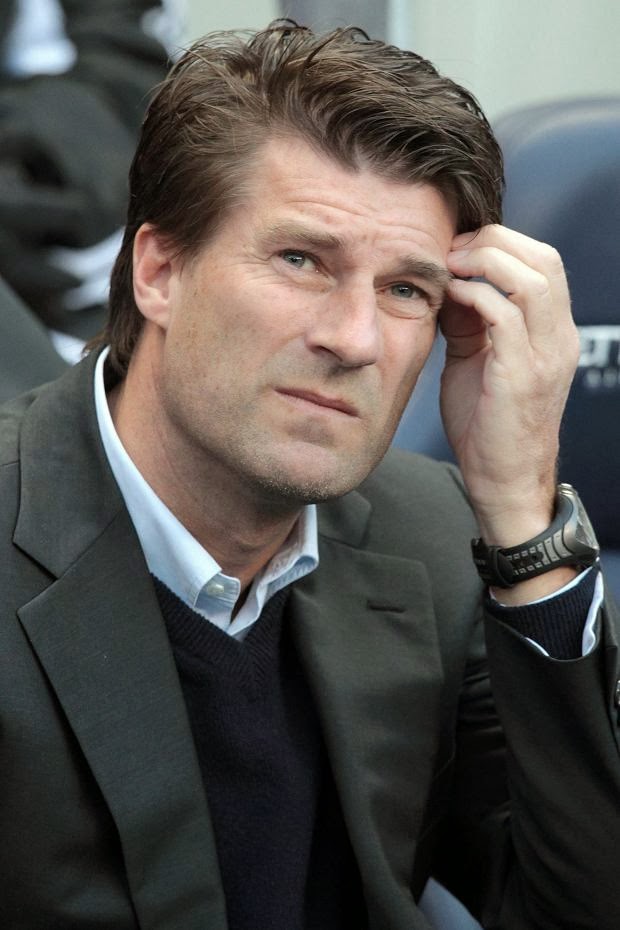 The next club who appoint him will also be lucky and Newcastle Utd should be first in line. If Mike Ashley has any sense whatsoever in that fat head of his he will finally get rid of the insufferable immovable object in Pardew and bring in one the most highly rated young managers in the game. There is no reason not to. Whatever it will cost to sack Pards, the club will save on not having to pay any compensation as Laudrup is obviously available for nowt. So cost can not come into it.

Even if it did, we have just made £20 million from selling our best player and haven't bothered to replace him so I don't really give a flying ****. Send Pardew back down to London and get Michael Laudrup in. He will give what this football club is crying out for. Ambition and talent with a playing style we we can all get on board with. The choice of Pardew's cowardly lump it up to Shola, to Laudrup's courageous let's get it down and pass it around is a non contest.

If we do not take advantage of this amazing unexpected opportunity I will be sick to my stomach. One major stumbling block for any potential manager coming in was working under the ultimate director of f***all in Joe Kinnear, so seeing as that useless lump has shifted off by his own accord, the timing of this Laudrup sacking couldn't be better. Get yourself some balls Ashley and make a decision that would be popular with the masses and not just with your little cockney clique.

Get Pardew out. Get Laudrup in. There is no compensation to pay. There is no Joe Kinnear or any DOF above him to undermine his position. I can't see Laudrup turning down a club like ours at this stage of his career, especially after being sacked at Swansea. He has half a season to do what he wants and mould the team in his own image without any fears of going down. He can work out who the deadwood is to get rid of and target who to bring in. Him and Graham Carr could be a Dream Team given the signings he has made. Michu for £2 million?...that's a Graham Carr special.

Do the right thing Ashley. You can't be completely useless....can you??!!