WAKE UP! Don't Lose Touch With Reality, Newcastle WILL NOT Go Down 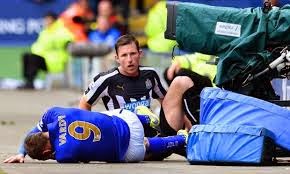 Lots and lots and lots and lots and lots and lots have been said on Newcastle's fall from mid-table
security to a full blown relegation fight as they lose disgustingly EIGHT league games in a row. Every man and his dog, as per usual, throughout the footballing media world add there two pence opinion as to how bad we are, how we are facing relegation in the face, how we are the worst team in the league, how we wont get another point this season etc etc etc. Now not that i'm saying I don't agree or think they don't have a point but this should not deflect what is the actual reality. We still wont go down.

Reason being Newcastle still, after all of the pathetic performances we have sat through, have their destiny in their own hands and have pretty much the perfect fixtures any team in our position could hope for. Home games against West Brom who have now confirmed their Premier League status by getting to the 40 point mark and West Ham on the last day who have nothing to play for and their form this calendar year isn't that much better then ours. Between these games is the perfect away game at QPR who should be already down and out by the time we play them.

Considering the fact that very realistically one win could be enough to keep us up, for us to go ELEVEN games without a win in total come the season end is something even NUFC would stuggle to 'achieve'. Whereas our most likely direct opponents in this fight to stave of relegation have pretty horrendous games to find points. Sunderland have to travel to in-form Everton, Arsenal & Champions Chelsea. They also have a home game against flying Leicester and of course they cant both win so we will keep one of these teams in our sights at the very least. 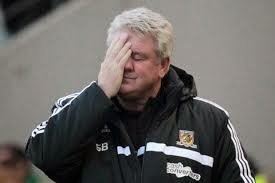 Hull have to face flying Arsenal this evening and if that result goes to plan they will join Leicester in
having less points then us with the same amount of games left to play. They will probably pick up 3 points versus Burnley at home but then have to overcome Spurs away and Man Utd at home. Not exactly favourites for either of those remaining two games. Now Leicester are an interesting one. They have a point less then us but have decent fixtures left to play.

A home game versus Southampton is a flip of coin as to how it will go. Either Saints will not show up like they did pretty much against the mackems with nothing to play for or they will stick in the type of performance that has got them so much success this season with no pressure on them to perform. If this were happen then the game against the mackems at the stadium of plight falls perfectly into our hands. We cant lost either way no matter the result.

Then there is Aston Villa. The FA Cup finalists have turned their season around and aren't odds on to go down as it stands but all it takes is a dodgy result at home to West Ham and they will have something to think about with trips to Southampton and Arsenal to come and the FA Cup final distraction. They sit on the same points as us right now and a much needed win for us versus West Brom could pile the pressure back on them. 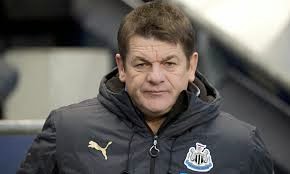 Now all of the above is meaningless unless we sort our selves out and start picking up some serious points ie a home win against West Brom. Form is only ever temporary and it doesnt matter if you have lost eight games in a row or won eight in a row it always comes to end at some point. Always. If those Newcastle players aren't terrified enough of being relegated from an almost impossible positions then they will be now. The fear must surely kick them out their slump. Even if Carvers 'motivational' team talks aren't capable.

We're in the worst form of our Premier League lives. We don't have a manager in place to at least inspire calm and confidence we can stop the rot. Every man and his dog are licking their lips in the hope our club will continue to lose every game it plays to either point and laugh at or because they support one of the other clubs near the bottom. Fact is we are Newcastle United. We were in an almost impossible position to be relegated for a reason, we were good enough to get to 35 points in February. We are good enough to get at least 3 from 9 with the fixtures we have left. Let's get real.

If we don't get real and continue to embrace the negativity the whole footballing world insist on throwing on top of us to suicidal proportions then we will go down after 38 games asking ourselves how in the hell did that happen?! We have the players to get us out of this so let's back em to get the job done. Williamson being unavailable for two games is a GOOD thing. He is a coward and I would much rather local lad Dummett be in central defence then that plank. Good riddens. Cisse is back so we have at least a goal scorer on the pitch. Even if it takes Sammy to strike one against his backside to get it in the net like last season. I'll take it! 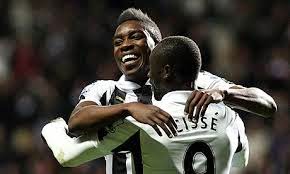 We can't allow ourselves to sleep walk our way through this nightmare just because the footballing
media enjoy ramming sleeping pills down our throat for their own amusement. Spit em out, get a good firm slap on the face and sort this nonsense out. One win from a home game against West Brom, QPR away or West Ham at home on the final day is not the stuff of nightmares by anyones standards. Just think about Burnley and QPR right now. They would give any amount of money to have our points tally and fixtures so like I say...GET REAL.

Wake the hell up, get the win we need and we won't go down in a month of Sundays. Enough is enough.