There's no secret Mike Ashley is sniffing around Rangers like flies on (insert own word) and we all
know as Newcastle fans why he hasn't just stumped up the cash yet to become owner. They aren't in the Scottish Premier League yet. Ash doesn't like to part with his money until he is good and ready, so to own Rangers this season isn't something he is interested in. Just in case they manage to mess up promotion. He already has Derek Llambias in place and is just waiting for Rangers to officially be in the top flight again until he strikes. 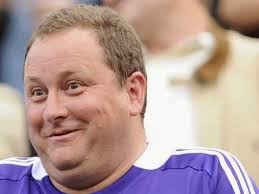 For us, his inevitable ownership of Rangers will hopefully come with him releasing his stranglehold on our club with his interests purely focused on getting Rangers into the Champions League. Where he hope his Sports Direct empire will get the publicity he craves. Something he has given all hope on with Newcastle Utd as he has pretty much battened down the hatches and is totally contempt at having a Top 10 finish in the Premier League to keep the revenue it brings ticking over.

The Deloitte Money League released yesterday just shows how impressive the revenue streams are in being a Premier League team. Albeit an also-ran. I went into why these financial results are a total disgrace for our club which you can read here.

Now if Ashley has any sense then he will be open to offers to NUFC right now, to see what price he could possibly get in the summer if nothing else. There are small rumours around that Dubai based investors are having a look at Newcastle and that informal talks have been made with Ashley's representatives. Something that will always be flatly denied by the club if ever asked, so unless you were sat at the next table, rumours is all they will remain.

We know how Ash works. He's tight, he's cheap, he only gets his wallet out when he wants (reluctantly). He sold off for himself £117m worth of Sports Direct shares at just 2.6% the other day and it doesn't take a financial insider to work out what it is for. Directly or indirectly, his takeover of Rangers. 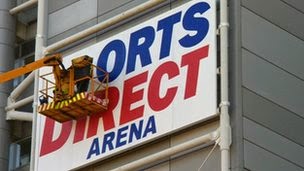 Now interestingly he has loans held against Newcastle for a very similar amount and whether this has something to do with it would take Columbo or Murder She Wrote to try and put together, so I wont bother going into that. All I will say is it wont take anywhere near that much money to take control of Rangers so why he decided to sell so much, which decreased the value of Sports Direct shares in the process, is up for debate. Is he prepared to right off our loans to make the club more viable to sell?

Everything is up for debate but what I have no doubt over is Mike Ashley will not allow any other
consortium getting in the way of what he wants. He wants his Sports Direct brand plastered all over Ibrox on a Wednesday night in the Champions League. He has even made moves to own Ibrox which tells you everything you need to know. Once Rangers are confirmed as a Scottish Premier League side again, Mike Ashley will be owner come the first game of next season. No doubt about it.

All we can hope for is come the first game of our season, he has already sold us to someone with a shred of ambition or is at least in publicly open talks to sell to best suitor. It's the only thing we as fans have to look forward to, because as long as he is here, we will never reach our full potential. Ever