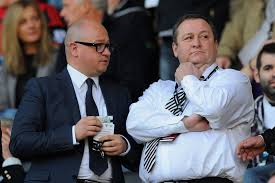 As January is upon us, there is a transfer market addicts dream scenario that only seems to be taken advantage of in the FIFA or Football Manager gaming world, which is seemed to be slightly ignored in the real world. The sensation of the '6 months remaining on their contract' clause which enables clubs to pre-sign players for free as soon as the contract is up in the summer. For someone like myself I love trawling through the pool of players with such contracts and seeing the best players you could get for free.

This year seems to be somewhat of a bargain hunting paradise as the calibre of players with the option to sign for another club has never been so high nor in as many numbers. Two things that go together perfectly quality and quantity. So seeing as Mike Ashley is the type of fellow who only does his shopping from the reduced aisle in Tesco's, this possible line up below could be possible if we were to raise our wage bill to that of a Champions League team albeit not spending a penny on transfers.

Obviously we don't have to go and try to sign all of the below players however we could easily cherry pick the ones we want for specific positions and give us all, including whoever our new manager will be, something to look forward to in the summer. We all love a signing but there is something about getting a quality player for free that seems even more sweet. Now I have read Sam Allardyce saying that players can only sign pre-contracts to foreign clubs (if anyone can confirm this that would be great) so I will stick to foreign shores for now. Here is some of the talent available which would make a cracking teams for any league: 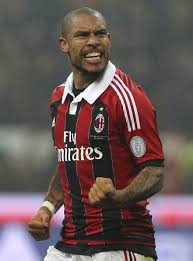 Cracking team and mostly unrealistic for NUFC but a few of these could be tempted to come to the Premier League if none of the big boys come in for them.

A slightly more realistic team of talent is below that we could seriously have a look at:

GK: Sergio Romero (Sampdoria, Argentina keeper in 2014 World Cup is worth a punt)

Lots of French in here and also a mention goes out for Pazzini (Milan), Dzsudzsak (Dynamo Moscow) & Barnetta (Schalke) the latter being a name linked many times to us over the past few years.

Now I am not sure of the domestic capabilities of signing pre-contracts with another English club but it's an interesting read looking at the local talent available for free very soon, whether realistic or not:

Just as a mention John Terry is also 'available' but not that we care. Adebayor is also leaving Spurs in the summer but he will go for a big pay day over in the UAE somewhere. Michael Carrick is also running out of contract but is a big player in LVG's team so not that likely he could come home...maybe.

Now most directors within large football clubs should be capable of snapping up one of these players on a free (perhaps except Joe Kinnear) so I urge the powers that be at Newcastle to get on it as soon as a new manager is through the door. I might send them this list as well as the following link Contracts Expiring List to make sure they know for a fact who is out there to get on a freebie.

Some highlights on the list for me are Micah Richards in defence, Andre Ayew from Marseille on the wing and give Danny Ings a go up front. He certainly gave us the run around the other week and is definitely worth a try.