In case you are unaware The Chronicle ran a survey a few weeks ago asking fans to take part and to answer questions on Newcastle Utd's season and their opinion about it. 'Thousands' of fans, including myself, did just that and took part in their survey with good faith and with interest in how the results would come out and to compare them to their own. When the results were released they were included into an article by the chief sports writer for the Evening Chronicle Lee Ryder in which he wrote about the surveys findings. What this article entailed was somewhat shocking.

To cut a long on going story short many people felt he spun the results and used them to carry out his own piece of club pandering propaganda, ignoring what fans actually thought by misrepresenting their answers and compromised fans' opinion to suit his own. All of which the Evening Chronicle were more than happy to print and even supported his 'findings' with the almost infamous headline 'Alan Pardew backed by 95% of fans Chronicle poll reveals'.

So in order to find out what fans thought about this I created my own survey in which I asked the fans to take part and tell us their opinion of the Chronicles survey and follow up article. I initially sent it out to a portion of fans that took part in the survey and then released the results and its finding accordingly here. This new survey of mine showed that 56% felt that they were misrepresented by the Evening Chronicle and 62% felt that their opinion had been compromised by Lee Ryder's article. The whole of the surveys results spoke for itself about what fans think about the whole affair, which can be seen here.

Since then I have kept the survey open and encouraged as many fans as possible to take part in it to have their opinion added to the issue, whether they had took part in the Chronicles survey or not. I am glad to say a lot of fans did and it's now the time to show these final results as a significant update has been reached. I would to thank every fan for taking part in the survey as well as the many people who have encouraged what I have been trying to do. This is not a witch hunt against the Evening Chronicle or Mr Ryder, or a crusade for attention for myself, this is about the principle of fans honest opinions being misrepresented for the sake of anything other than the truth. Its not on and many like myself wont stand for it.

So anyway, on with the final results and they are as follows.

(Question 1 and 2 were merely formalities as to whether you filled in the survey or not and to include your name if you so wished.)

Q3: Do you feel like your/the answers to the Chronicles Big Toon Survey have been misrepresented?
Results: Yes 65%. No 19%. Undefined 16%.

As you can see each result is pretty conclusive and extremely damning towards the Evening Chronicle and Lee Ryder himself. Just 8% of fans agree with his articles conclusions of the survey which his own paper carried out. That's an incredible amount. When you consider the fact his article declared that 95% of fans back Alan Pardew a result here of 47% saying that they don't and only 45% say that they do, that pretty much confirms that Lee Ryders article was nothing but fabricated nonsense. All designed as a propaganda tool to speak for the club like a glorified PR company, rather than a voice of the truth that all fans would expect. Especially when the Chronicle have actually requested their honest opinion to begin with.

The results of this latest survey are there to see. They have not been spun. They have not been loaded with possible answers which can be used in anyway you see fit. They are clear and straight to the point with Yes, No or Undefined with also the option to expand on your answer. The way a survey should be. It is clear from which that 95% of fans DO NOT back Alan Pardew and to be honest, you wouldn't need to have a survey to show that anyway as it is plainly obvious. But nonetheless there it is in black and white in case you had any doubt.

I have kept my own opinion out of this issue the whole time until the final results of it all came through. I have been very conscious not to influence the survey or to seem like it is biased one way or the other. All I want is the truth. So what I will say is the article Lee Ryder wrote was a disgrace and a glorified example of what the Evening Chronicle and all of its sister publications has become. A voice for the club to spew whatever they like at the fans. Where as it should be a voice for the fans to give their opinion towards the club. The papers priorities and practices are backwards and need to change full circle.

The fact the Evening Chronicle can no longer be called a local paper any more is also a major point. The paper is controlled and ran by Trinity Mirror and its divisions who also run the Mirror, the Journal and many other 'local' papers up and down the country. So the days of the Evening Chronicle being a truly local rag are no longer with us, but that is no excuse. After all it is the locals of Newcastle who buy it, read it and keep the paper running when all is said and done. If we stopped they would soon know about it. 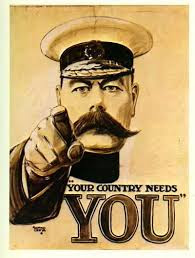 I gave the Evening Chronicle a chance to comment on this whole issue and it seems they have decided not to take up on that request. They obviously think they can ignore this disgrace and wait for it to blow over. Well it isn't going to blow over, not if I or the fans have anything to do with it. Treating us with contempt is one thing, but to request our input in the form of surveys and then abuse that information to pander for the club, voiding the actual facts, is beyond acceptable. Mark my words the press complaints commission will be fully informed of how the Evening Chronicle operates and goes about its practices.

I will place all of the expanded answers given by fans who filled in the survey in the comments section below. Many thanks to you all.