Newcastle Gamble Bringing Mario Balotelli On Loan Is Totally Worth It 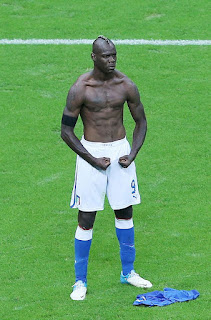 There have been recent rumours around Newcastle bringing in everyone's favourite nutcase Mario Balotelli. Which apparently have been swiftly denied by new boss Steve McClaren. Most would be relieved at no entertainment of such a move given his baggage and total lack of productivity for Liverpool last season. But should it be? If we were to take a massive gamble on Balotelli in the shape of a season long loan with the option to cancel it at anytime...it would surely be totally worth it with what we could get in return?

He does crazy things. He doesn't always deliver on the pitch. He always delivers off the pitch. Having mental Mario consistently on the Toon every other weekend has guaranteed misdemeanors written all over it. But so what? The lad can be class on his day and if we were to show him 100% faith he could respond in a very positive fashion. People like Balotelli just need love and no fans in the country love a centre forward more than the Geordies. It could be a match made in heaven.

Let me put it another way. Emmanuel Riviere arrived for the sum of £6 million and scored the eye watering total of one league goal all season. ONE. Now Balotelli did the same for Liverpool, however there is no doubt whatsoever which one has more talent. We could never be in the market for a high flying Balotelli but a misfiring one could be our chance to pounce. I mentioned that Balotelli is guaranteed to create headlines off the field but I cant actually remember too many from last season so maybe he has toned down slightly.

Given the relief of not having the Liverpool glare from all pundits and ex players off his back and having a solid first team spot in the Black and White could be exactly what he needs. He could relish in the admiration and worship Toon fans bestow on their goalscorers like no other. For the sake of a loan move, for me this seemingly far fetched story should have more legs then it seems. 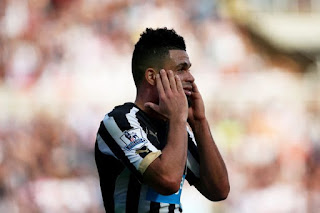 No Newcastle fan can tell me if Mario Balotelli raked up outside the ground to sign for us we
wouldn't welcome him with open arms, intrigue and a little bit of excitement. There will be doubters, of course, but if he were to smash one in on his debut those doubters would become very quiet quite quickly. We haven't had a consistent league campaign for three years so turning our noses up at Balotelli's lack of consistency would be rich to say the least. At least he is entertaining.

We can't do much worse then what we have to offer up front as it stands. QPR wanting £15 million for Charlie Austin is somewhat obscene. The Bas Dost deal is dragging its heels. All we want from this season going forward is excitement. Mario Balotelli provides that. He is still only 24, so if we were to bring him in on loan, have a couple of clauses in there to either cut it short if it goes pair shaped or a nominal fee to make it permanent if he is a revelation.

Bring him in I say. Got nothing to lose and everything to gain.