We need a win this evening against Norwich. A loss would see us stuck way back in 9th and already chasing at this stage of the season. For me Rafa has to ditch the disappointing Diame and go with 2 strikers. 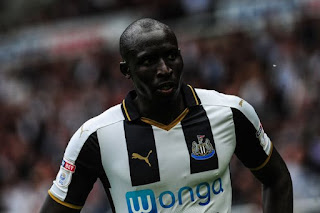 Who that is I'm not too fussed. Any combination of Gayle/Mitro/Perez/Murphy will do, as whichever he chooses will be a lot better then Diame 'in the hole'. He's a waste of space in there.

We lack goals from open play this season. A staggering a mouth have come via set pieces which was unheard of in the Pardew years. Even our goal at Villa was an own goal.

We routed QPR for 6 however within that we had a blatant deflection, a wonder strike and then set piece rebounds. We have start creating chances, like at Villa, but converting them.

I'd pick Murphy up top this evening with either Gayle or Perez. The Irishman deserves a chance and could end up being our first choice striker if he plays well and gets a goal or two. The others are just not consistent enough. 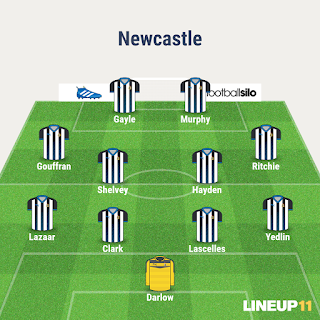 This is my team for Norwich if everyone is fit, there's doubts over Yedlin.