Newcastle Utd are looking for a goalkeeper for next season and they may have found their man. According to reports, the deal to bring Dean Henderson to Tyneside is close. 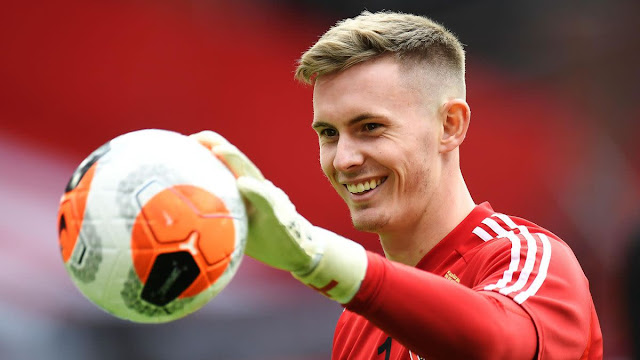 Charlie Bennett of The Chronicle, is reporting that Henderson's camp believe the deal to be close which adds to the reports last week of the deal being "99% done".

Understand Dean Henderson is keen on a Newcastle move and has made it known he prefers a permanent transfer to a loan deal.

It's uncertain whether the Magpies will go all out and make it a permanent deal or bring him on loan. It must be made clear that Henderson is o n a staggering £100k a week at Old Trafford, so will instantly be a top earner on Day one of arrival.
There is reports that Newcastle are working to a self enforced "salary cap" of £100k a week maximum for any player in the squad to prevent jealousy in the ranks & to attract characters who aren't just coming for money.
Whether this is a shrewd move will only be proved with next season PL finish and who they manage to miss out on through this policy. It's certainly not the idea people had of the new owners when making wild claims like they'll sign Mbappe etc.
Follow me on Twitter @ToonBano
by ToonBano -   May 24, 2022