One winger staying at Newcastle, One winger leaving - fans heartbroken

There is likely to be a revolving door at Newcastle this summer with a host of players leaving to make room for new signings coming in. One player spoken about that could leave is Allan Saint-Maximin but now he is set to stay. 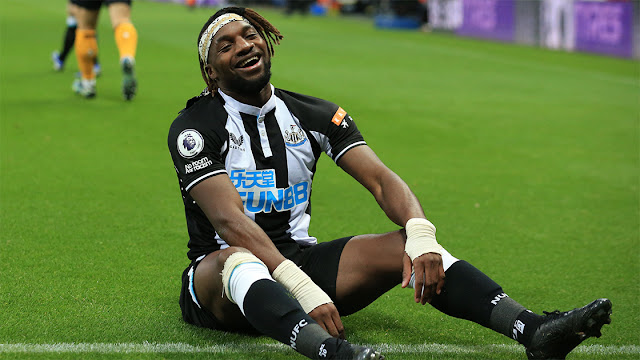 That's according to Craig Hope in The Daily Mail who reports the Frenchman is set to stay for another season on Tyneside after the club won't find a buyer for his £50m price tag.

Allan will also want a new contract matching the top earners of Bruno Guimarães and Kieran Trippier of around £100k a week but that would given the lack of buyers, he hasn't a lot of leverage.

One winger who is set to leave Tyneside though is Jack Grealish favourite player Miggy Almiron. Hope states the Paraguayan is likely to leave St James' Park and his fee added to the pot.

Jack Grealish saying that Mahrez should have been taken off the pitch v Aston Villa because he was playing like Newcastle United’s player Miguel Almirón.

This makes total sense, as the kid only has one goal to his name all season. Despite it being a goal of the season contender against Crystal Palace, a single goal all year simply doesn't cut it.

Miggy has a cult following and they will be heartbroken but if we can get a decent fee for him then we should take it, as we are very likely to bring in a new winger who knows how to contribute with goals and assists.

It's good news for Saint-Maximin fans though and hopefully he can have a strong season where he gets back to his electrifying best on a more consistent basis.