Official: Allardyce Sacked As England Manager! To Be Replaced By Eddie Howe?

Update on the below!!: BIG SAM HAS BEEN SACKED!

The silence from The FA is deafening right now. No backing of Big Sham. No defence. Not even a 'calm the air' statement. Nothing. 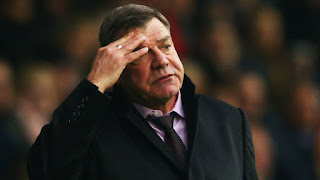 Such silence usually means one thing. He's a goner!

How can he not be? He has brought himself into disrepute with The FA beyond repair. Advising total

strangers on how to get around FA rules to make a quick buck? How stupid do you have to be?

His knowledge, passion and ease of which to advise about the subject makes the assumption he has took part in such schemes himself is obvious. Practice what you preach.

The FA were moronic in hiring Big Sham in the first place for footballing reasons, never mind off the pitch issues. How does Allardyce football fit into the new England DNA? Quick answer, it doesn't.

Someone who does however is Eddie Howe. If ever there was a poster boy for the FA it's the Bournemouth boss. I live down here and have experienced his rise first hand. It has been meteoric. All of which done in a style any organisation would be proud of.

He is the definition of squeaky clean and if you were to have a look over the England DNA, it reads as if it was created by a strand of Eddie Howe's own chromosomes. Football wise and character wise.

Sam's a dead man walking. If you're prepared to get stung before you've even took your first training session, what else is/was he capable of when he actually got his feet under the table?! Staggering. 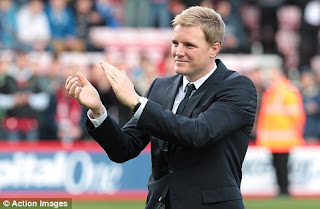 His lack of any respect for previous manager Roy Hodgson is also embarrassing for the FA. I've been coaching for a bit and all we are told about is the FA 'Respect' campaign. How does Big Sham fit into this?!

If you offered Eddie the job...he couldn't turn it down.

Brought to you by TheGingerPirlo.com