Jesse Lingard looked set to join Newcastle Utd on loan from Man Utd on Deadline Day of the January transfer window, but the Red Devils refused to sanction the deal. JLingz is now expected to leave for free and Newcastle will very likely be waiting with an offer. 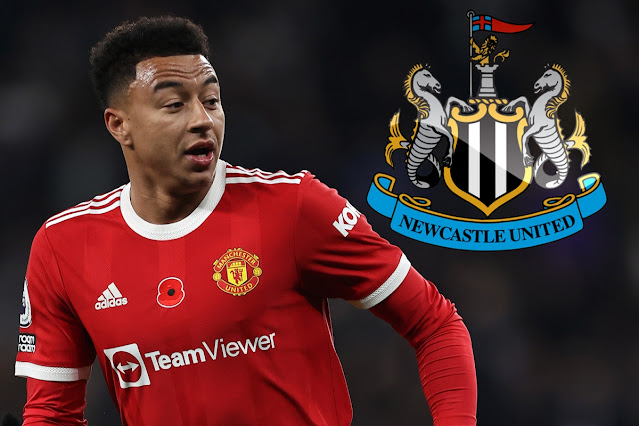 Transfer king pin Fabrizio Romano has confirmed on his twitter account that Jesse Lingard, along with Juan Mata and Edison Cavani, will not be offered new contracts to stay at Old Trafford and will leave the club for free.

Manchester United have no intention to open talks for Jesse Lingard, Edinson Cavani and Juan Mata contract extensions. The plan has not changed, as of today. 🚫 #MUFC

Bruno Fernandes new deal will be completed in the coming days - talks with Luke Shaw will take place soon.

This is fully expected, as far as Lingard is concerned, as he has barely featured for the red half of Manchester and was angry at not being allowed to move to St James' Park on Deadline Day.

He will have his suitors in the summer which is expected to include West Ham as well as other PL clubs and some offers from abroad but Newcastle may be he no.1 choice of destination.

Their is a new era just beginning on Tyneside and if the club have their hearts set on Jesse it could be a match made in heaven. The side could do with another attacking midfielder/winger and Lingard fits the bill.

His wages and signing on fee won't be cheap but with no transfer fee involved it could be a smart piece of business by Amanda Staveley and the Newcastle owners as they look to spend their new found PIF backed war chest on players.