It has been confirmed from very credible source Get French Football (@GFN_France on Twitter) that the deal for Monaco striker Emmanuel Riviere has been agreed and he is on his way to St James Park for a fee of €8million. He follows in the footsteps of Feyenoord full back Daryl Janmaat who has this evening passed his medical after NUFC paid £5million for his services. 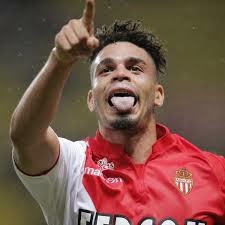 Finally after waiting what seems like a lifetime Newcastle Utd are not only spending money in the summer
transfer window but they are doing it early giving the new signings a full preseason as well as a longer time getting to know there new surroundings and team mates before the live on Sky Super Sunday match against champions Man City get's under way.

Maybe some common sense and logic has finally landed at St James' after years of baffling transfer activity which has done nothing but harm the club rather than help it. 5 players 'over the line' now with Riviere to come shortly is fantastic work from the club and gives Newcastle fans something to shout about and look forward to next season. We have already seen Siem De Jong smash one in the top corner on his debut and the new season can't come quickly enough.

Well....not until a few more are through the door first!