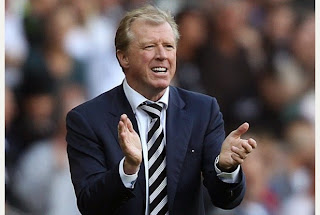 Derby County have sacked Steve McClaren and they hinted at the fact his link to the Newcastle job had some part in their nosedive in form this season which saw them drop from top of the Championship, to not even making the playoffs. Something McClaren was quick to deny in a statement of his own shortly after the news was released.

McClaren, allegedly, turned the Newcastle job down twice including just a few weeks ago when Derby were confirmed as missing out on the playoffs. However seeing as he is now jobless and Newcastle Utd are still managerlesx, it now seems certain that he will come together with Lee Charnley to sort out a contract as the next Head Coach Newcastle Utd. Or is it...?

Mike Ashley seems, if nothing else, a stubborn head strong man who doesn't think twice to burn bridges quickly without hesitation so the fact McClaren had his chance to join his club and refused it in favour of a Championship team may have ended any chance of the former England manager being named Toon boss. Albeit Ashley has made it clear in his recent TV interview (who saw that coming?) that Charnley and the football board make all the decisions on the next manager, the company he keeps don't seem to be that much different to him. So perhaps Charnleys 'pride' may block any future talks or the football board feel McClare showed a lack of desire to take the job and has practically 'blown it' so the club has moved on.

From my point of view I can't see such bridges being burned. It wouldn't really make much sense given the circumstances. At the end of the day McClaren basically showed loyalty to his employers which isn't a bad trait to have as a head coach is it? You would think Charnley and co would have seen that and understood it. Plus considering McClaren was identified as the man to take this club on nothing has changed in three weeks. One plus with McClaren being sacked, for especially Mike Ashley, is that there is no compensation to be paid now so you would think it's just a matter of time before Newcastle make their offer and finally have a long official chat. 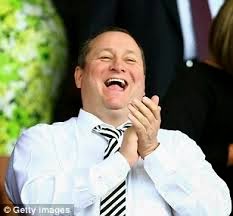 I personally have no problem with Steve McClaren being the next man to take over. The club,
whether you agree or not, have made it clear they want a head coach to take control of the first team as Graeme Carr and co have the main say on transfers so considering this we can't do much worse then McClaren. I would go as far to say as he is probably the best English Head Coach we could possibly get. His previous experience down at Middlesbrough doesn't do him any harm in what to expect.

If we were to bring in a man from the continent, would he understand this club? He may admire it from a far and think he knows what to expect, but this club is unique. Even the most experienced of managers who have worked here STILL have no clue what this football club is about. You just have to listen to the insufferable Graeme Souness whenever he tries to offer his opinion about our clubs affairs to see his total ignorance. McClaren has been around a bit and has proven to be capable of handling difficult situations.

The England job did not exactly go well, but who exactly has been successful in the past 20 years? Even our king of all kings Kevin Keegan struggled as England boss but is arguably our best manager of all time. McClaren won a trophy at Middlesbrough which is more then we have done in my lifetime. He even took them to a European final. He went to Holland and won the league with a relatively small club in FC Twente. How many English managers can say they have done that. Obvious comparison is another hero of ours Sir Bobby. The comparisons are apt.

Steve McClaren is a top Head Coach. I believe he understands the club. He is available and no doubt interested. The shoe fits on all fronts so I expect this appointment to be made sooner rather then later as McClaren has already been on holiday as Derby's season finished weeks ago.

Whether McClaren will keep John Carver on as first team coach or otherwise is another story...!!