Newcastle First Choice Winger To Sign For Another Club In January?

Yoan Gouffran has been on fire this season. Our record with him in the side so far reads zero losses. Zero. This form has brought the attention of clubs around his native France, specifically Lille, as unfortunately for us his contract is set to expire at the end of the season. So with this, he can sign for any foreign club on a pre-contract in January and leave for free in the summer bag your £20 Free Bet AND Free £5 Bet every week with ToonBano.com Exclusive Partner William Hill HERE! 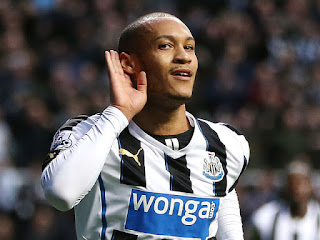 So Newcastle may even take the opportunity to sell him in January and get some money out of him. This is highly unlikely however as promotion is the be all and end all this year, so a million or two for him wouldn't do us any favours. Especially seeing how indispensable he is all of a sudden...who would have thought it?!

When he lost his squad number to Matt Ritchie before the season started, the writing looked on the wall for him to be on his way out. The determination he has shown to not just play his part in the squad but make the left wing position his own has been great to see and totally unexpected. Fair play to him.

He has put many ex-players who jumped ship almost immediately to shame...

Follow me on Twitter @ToonBano and bag your £20 Free Bet AND Free £5 Bet every week with ToonBano.com Exclusive Partner William Hill HERE!
by ToonBano -   November 02, 2016