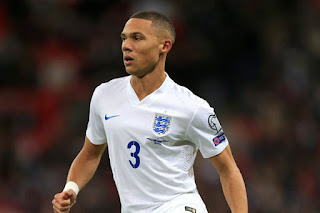 Arsenal have signed left-back Sead Kolasinac on a free transfer for next season and with Nacho Monreal first-choice, Kieran Gibbs' days are numbered at the Emirates.

The Englishman has been plagued by injuries his whole career and was reported as injured, then ill, before the FA Cup final but was angered after not being told about his omission from the squad by Arsene Wenger.

So Gibbs is set to leave Arsenal in the summer after a massive 10 years since making his debut for the North London club, with Newcastle his most likely destination. A fee of around £6 million should be enough to bring him to Tyneside and would be a much-welcomed addition to take over the left-back duties from Paul Dummett.

The semi-retired Welsh international Geordie wizard just isn't up to scratch for the Premier League. He was decent in the important games during our Championship campaign, with keeping Brighton's 'Championship Player of the Year' Anthony Knockaert quiet being the highlight, but he still showed on countless occasions his lack of positional sense, total reluctance to ever get forward and still has a massive mistake waiting to happen in his locker.

Gibbs is an experienced 27-year-old with a point to prove, given he has never quite made the most of his potential. If he can stay injury free, then he will be as solid a left-back as we could ever hope to bring in for a reasonable fee.