Newcastle Utd are looking to bring in a number of new players in the summer transfer window, once they stay up, and a new centre forward is one of the priorities. Many names have been mentioned and one that doesn't go away is Benfica hit man Darwin Nunez. 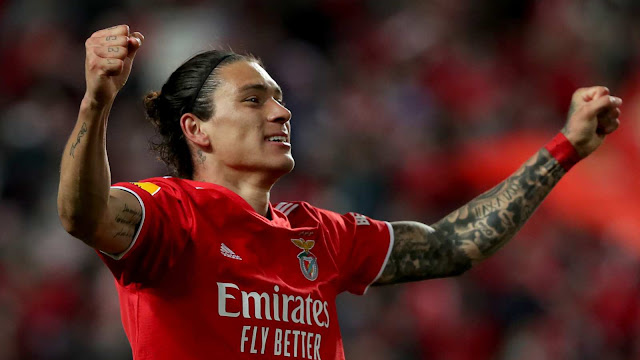 It has been reported previously in i that the Magpies have been heavily monitoring the Uruguayan, who has 20 goals to his name this season, and could be the star striker Eddie Howe craves.

Chris Wood has done OK since coming in without scoring many goals and Callum Wilson fitness issues means a new centre forward must be a target in the summer transfer window.

Nunez at £60m would be some hefty investment but could be just what Newcastle need to kick on to bigger and brighter things. He has an impressive conversion rate and Newcastle owners will have competition for his signature.

🗣️ Mikel Arteta when asked what he wants from his main striker: "He puts the ball in the net, that’s priority number one."